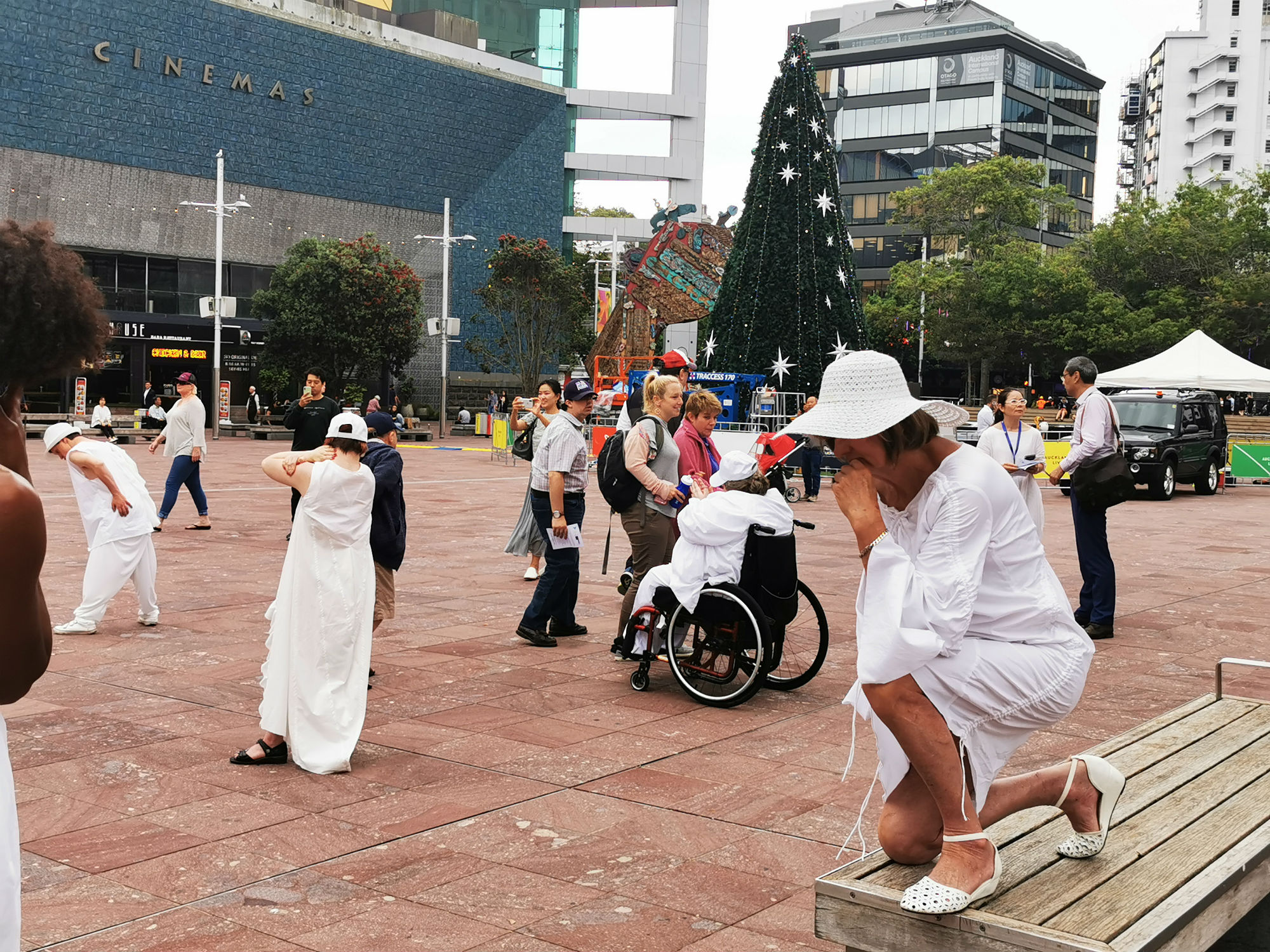 International Day of People with Disabilities - "On Display”

The annual International Day of People with Disabilities was established by the United Nations General Assembly in 1992. The Day was to promote the dignity, rights and wellbeing of persons with disabilities in every aspect of life; political, social, economic and cultural.

New Zealand got a head start in celebrating the 2019 IDPD on December the 3rd. A highlight of the celebration, Heidi Latsky’s ‘On Display’ was an exhibit/fashion show held in Aotea Square and performed by the Touch Compass Dance Company.  The arts are generally viewed as a form of entertainment or an escape from reality where the performer is adored and marvelled for their remarkable set of skills. It can also be seen as a fictitious utopia, an ideal society that doesn’t bear resemblance to the real world. However, Latsky’s ‘On Display’ (which was first performed in New York in 2015 to commemorate the IDPD) challenges the societal obsession with body image and perfectionism.

Touch Compass’ performance of ‘On Display’ was one of over 20 interpretations performed worldwide. ‘On Display’ featured a diverse cast of disabled people who were given the opportunity to celebrate who they are alongside people who understand what it means to be different. When the showcase began, the dancers appeared like a collection of sculptures from a distance. However, as you approach these sculptures, you start to notice the uniqueness of each figure.

The dancers were dressed completely in white – free of accessories and labels that would distract the audience from seeing the dancer’s true identity. I was fortunate to have Diane Eaglesome, from Touch Compass provide an audio described tour of the display. This allowed me to become familiar with some of the individuals and as well as the collective. The cast of 17 consisted of people from a variety of ethnic cultures relevant to New Zealand’s rich and multi-layered identity.

Lucy was introduced as a part Samoan with cerebral palsy. Dressed in her Pasifika attire and with her black hair tied back in a bun, Lucy displayed her traditional Samoan culture and looked like a queen as she sat on her power chair.

Since 1992 and the establishment of the IDPD, New Zealand has embraced this event and felt strongly that all people should be recognised not for their disability but for the skills, values and importance to society. As is highlighted by this year’s dance put on by Touch Compass where people from diverse backgrounds and disabilities were represented. From a personal point of view, I felt mostly connected with Lucy as we shared a strong bond and pride for our Pacific heritage. I always appreciate making contact with fellow Pasifika with disabilities. This was an opportunity that I would have missed out on had I not used the option of the audio description. I believe the audio description also served an important role as an advocate for the dancers. Such was the case for Tim, a middle aged male with a prosthetic leg who also proudly showcased the tattoos on his arms and left leg. Tattoos described by the media are generally looked down upon and because of his appearance, Tim could potentially be judged which would create more stigma for his disability. However, as all performers were dressed in white this was not an issue on the day and the performance was enjoyed and embraced by all, and a wonderful way to celebrate IDPD!