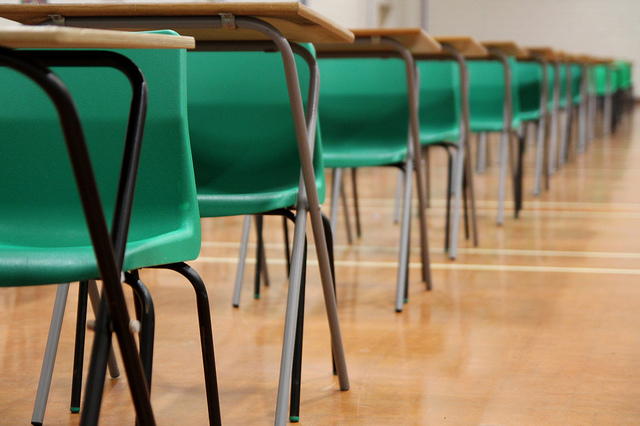 I’d like to tell you about why creating an accessible and inclusive educational environment for all students is really important to me and I’m happy to send through my notes on this afterwards too. I’ll start by telling you a little bit about my own education.

I’ve lived in New Zealand since I was nine, and in that time, I have attended three schools and also Auckland University. Now I have a Bachelor of Music in Classical Flute Performance, and a BA inEnglish and Spanish, including Honours in Spanish. Along this journey, I’ve had the pleasure of working with a variety of educators and other professionals who have done everything in their capacity to make my education inclusive and accessible, but also many who have put barriers up which have hindered my learning. We need to create an education system that educates the educators on welcoming and including students with disabilities int their classrooms and lecture-halls, and which ensures there are safety nets in place so that parents can be confident that their children will receive a quality, inclusive education without the need for them to advocate constantly on behalf of their children.

Let me tell you about one experience I had in year 8. I wanted to be in my school’s production of Joseph and the Amazing Technicolour Dreamcoat. I turned up, along with a sizeable contingent of my cohort, for auditions, on the understanding that everyone who wasn’t cast in speaking parts would be able to participate in the chorus. If you didn’t hear back, you weren’t cast, and I didn’t hear back. “Ah well,” I thought, “it'll probably be fun being in the chorus anyway because there’s lots of singing”. I turned up, along with everyone else in my situation, to the first chorus rehearsal and enjoyed starting to learn the songs.

A few days later, my mother received a call from the show’s director. “Ah, we’re really sorry”, the director informed her, “but we just can’t think of a way that Áine would be able to participate in the show”. Mum told her that that attitude was unacceptable, but in fact at the time we were already seriously considering me changing schools, for a variety of academic and inclusion-related reasons, and this only sped up that decision. So we didn’t fight that battle. But excluding a child from a school production, which of course should be specifically designed to be as participatory as possible, is unfair on many levels.

First, the director made no attempt to consult me (nor even my parents) about my abilities. Second, she made no attempt to suggest a role I could participate in. And third, she did not display the fundamental decency to even tell me of her decision, instead communicating it behind my back to my parents and assuming the message would be past along.

We need to work together to create an education system where every child’s potential is recognised and fostered. That is why I am here today: to tell you that accessibility legislation can create a robust foundation on which to build regulation, including an accessible education standard. Such a standard could ensure all teachers must receive training in including and adapting there learning approaches for students with a range of disabilities. It could ensure that parents are able to sleep easier knowing that teachers will be held accountable when their children are excluded. And it could take much of the burden off of us, as people with disabilities, who, as we grow older, need to spend much of the time that we could spend learning advocating for ourselves instead.

This is why I urge you to recognise and champion the need for robust and enforceable accessibility legislation. Thank you.