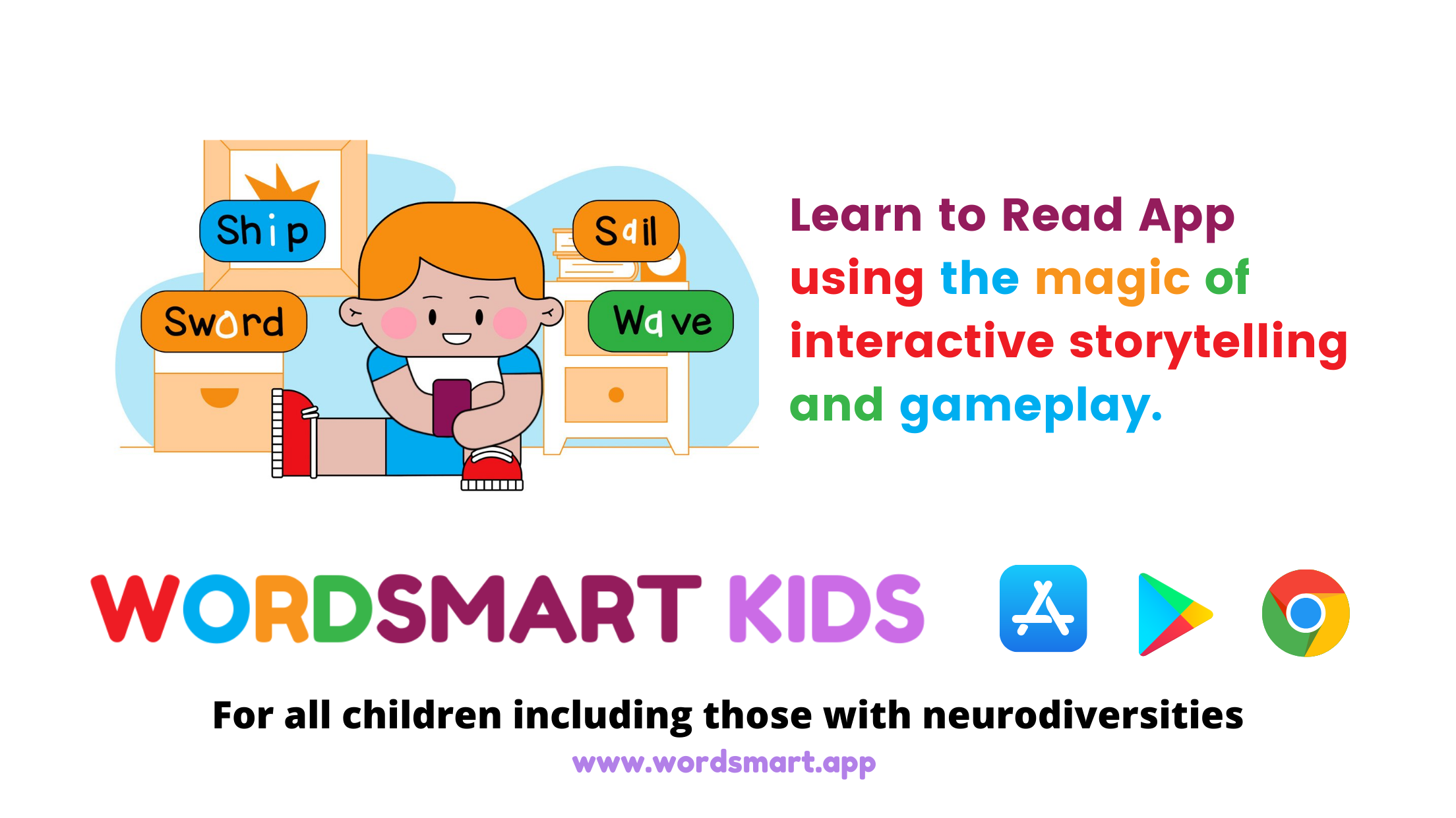 On Paul Blackman’s first day of school in Grey Lynn in the 1950’s – “before Grey Lynn was so flash” – he sat in a class with 54 other kids and the teacher gave them something to read. “My dad always read to me, so when I got to school I was able to read,” he says.

He read the passage out to the teacher in front of the class, but “instead of saying well done, she went off her rocker, gave me the strap and said I was showing off”.

“When you have an event like that at that age it goes straight into the subconscious and it made me believe I should never go beyond myself or show off.”

Blackman was able to regain his confidence over the years, but that early experience stuck with him and has formed the basis of his own approach to teaching. He knows the early years are so crucial to how people’s lives play out and this can either be a vicious or virtuous cycle because “learning and behaviour are always linked”.

“Kids who think they’re dumb are not motivated to try, but the better kids get at reading, the more confidence they gain. We need to give kids confidence early so they don’t know they’re any different. We have to change their mindset.”

And that’s exactly what the literacy app WordSmart aims to do.

In evolutionary terms, reading hasn’t been around for very long. Before the invention of writing – first in Mesopotamia around 3400 BC and then again independently in three other places in the centuries to come – we relied on oral storytelling to pass knowledge on.

“Not only do you have to recognise the shape of the letters, you need to connect it to a sound and then articulate that with your mouth. It’s not a natural thing,” Blackman says, but it’s the thing he’s dedicated his life to improving as a teacher and the thing that took him on a five year journey to improve it further with the help of modern technology.

Perhaps because of this oral storytelling tradition, our brains are wired for stories. The WordSmart app taps into our human passion for stories to help develop reading skills. Developed by Stephen Knightly COO of video game studio Rocketwerkz, the app takes users on an interactive adventure with the characters Tama and Tracey and tells stories about how different letters got their sounds (for example, ‘A’ is all about apples and ants) and then it gives users activities where they have to match the shape of the letters to the corresponding sounds.

“The kids love it. The biggest problem we have is getting them to stop using it.”

As Tracey tells users of the app, we learn best when we’re calm. Mindfulness techniques help the students to concentrate and overcome stressful situations. Many of the kids Blackman deals with who come from difficult circumstances are often in “fight, flight or freeze mode” and are right in the middle of that vicious cycle where deprivation and stress affect the ability to learn. WordSmart is designed to help break that cycle.

An OECD report from 2016 called Low-Performing Students: Why They Fall Behind and How to Help Them Succeed, said “coming from a socio-economically disadvantaged family is the most obvious and perhaps strongest risk factor of low performance at school”.

“When you’re upset or emotional at school because something’s going on at home, their brain goes out to lunch and nothing registers,” he says.

So, in addition to reading activities, WordSmart also offers them ways of promoting self-control or managing their emotions through things like breathing or tracing exercises.

Read it and weep

While New Zealand is still in the top half of the OECD rankings when it comes to reading levels, our average has been trending down in recent years. There are a range of theories on why this might be the case – from a lack of focus on phonics, to parents sitting in silence on their smartphones – but Blackman believes it is because we abide by the Play Way approach, where students are allowed to play early on and then learn to read when they’re ready. The research by Lego adds some compelling evidence stating that children’s plays is a continuum ranging from child-led free play to adult led structured play which provides the scaffolding to achieve a desired outcome. WordSmart’s desired outcome is for children to learn reading by gamifying the learning journey.

“My problem with that is the kids who are dyslexic will just be behind from the start. What we need to do is get to them at an early stage and turn them around before they think they are any different.”

You can’t manage what you don’t measure, so screening for reading difficulties is crucial to addressing them. Blackman has established a partnership with a group of scientists from the Karolinska Institute in Stockholm, Sweden who have developed a tool called Lexplore that does just that. The product of 30 years of research, it uses eye movements to glean insights into reading levels, with the eyes of those with reading difficulties tending to move more slowly and linger on words for longer. It claims to be 97% accurate when it comes to picking up people with reading difficulties and the artificial intelligence engine behind it means the more people who participate, the better it gets.

“I just emailed them and said I’m working on this app called WordSmart. I got an email back from them saying ‘we think it’s really impressive, would you be interested in being a partner?’”

He is now working with them in New Zealand and across South East Asia and is looking at ways to integrate the test into the WordSmart app.

“Every school we’ve been in with Lexplore we’ve picked up kids who have fallen through the cracks,” he says. “So it’s a major benefit to New Zealand schools.”

Dyslexia translates to ‘difficulty with words’. And, to his point about the inextricable link between learning and behaviour, the Dyslexia Foundation estimates as many as 90% of those in our prisons are dyslexic, compared to 10% of the total population.

Currently, diagnosing dyslexia requires an assessment by an educational psychologist that costs around $500.

“But we have the ability to do an assessment with these kids in three minutes [with Lexplore]. It’s a huge cost saving.”

Research suggests that exposing children to books at a young age and reading to them is more likely to create lifelong readers and lead to more organic learning. If children see their parents reading, they’re also more likely to view it as something to be enjoyed. But in less privileged communities, parents may not have as much time to spend reading at home and often rely more on teachers to guide their children’s learning.

Blackman says WordSmart is aimed at all parents who want their children to become successful readers including those with young children who haven’t started school yet or those with children who are experiencing reading difficulties – and also teachers and Learning Support Coordinators.

“We want to cater to all students, regardless of wealth, ability or neurodiversity,” he says.

One major piece of the reading puzzle, especially for older children, is finding a topic that they are interested in.

“I also have a background as a guidance counsellor and careers advisor. But it wasn’t just about careers. It was about finding out what they’re passionate about.”

Platforms like The Khan Academy or YouTube have allowed anyone with an internet connection to access education and choose to learn about what interests them. And when you find that, Blackman says it’s important to give them the relevant material and let them go for it. Another programme that he has partnered with called Literacy for Boys embraces this principle by using videos of mountain biking or other extreme sports to get them interested in the words, sounds and concepts associated with those topics.

“If a kid isn’t really stimulated and can’t find something they’re interested in to focus on, we lose a lot of them.”

Blackman has seen this play out firsthand many times while working as a teacher and he recounts a story from his time at a school in Mangakino, which held the record for the largest student population in New Zealand in 1954 during the construction of the dam at Lake Maraetai.

“It was unbelievably deprived. But having said that, if you can find something they are passionate about it can make a difference and, in that case, it was a play about a Māori legend called Hatupatu. For the kids who were in it, their attendance improved along with their motivation to learn.”

Blackman admits he’s impatient by nature, so he wants WordSmart (and Lexplore) to become an integral part of our education system and has ambitions to take it global. But, as the story of Barry Marshall and Robin Warren’s research into what causes ulcers shows, while science is designed to be a meritocracy, it’s often hard to break people out of their existing habits and beliefs, even when confronted with clear evidence.

“I’m staggered by how difficult it is to get schools to buy into it. Why? I just don’t get it. The technology is way in advance of anything I’ve ever seen. I have a really good knowledge of what’s around and what we can use [to improve reading ability]. And this leaves anything else I’ve seen for dead.”

The most important aspect of Lexplore is the fact that it measures fluency. Fluency in simple terms is the ability to read smoothly and quickly and at the same time using the punctuation clues to add meaning to the text. Fluency is the key to the comprehension of the text.

Much to his delight, the scientists from the Karolinska Institute – which, by the way, is responsible for handing out the Nobel Prizes for Physiology and Medicine – agreed.

“I want the maximum number of kids to benefit from this. It’s a cliche to say the education system is broken. But I think the greatest good we can do is to invest in education. I get the most out of helping kids achieve and I get real satisfaction from turning things around.”