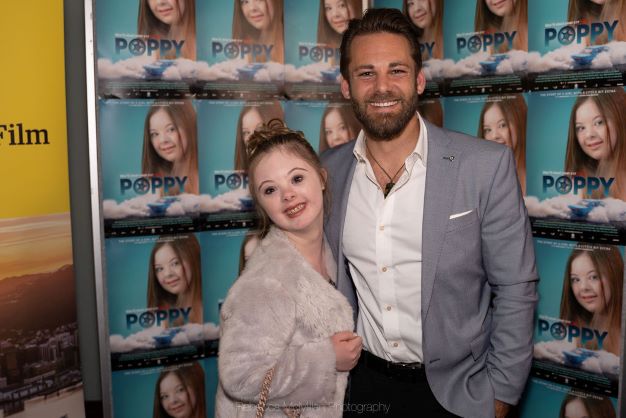 POPPY is a heartfelt social justice drama; the story of a spirited young woman with a disability and a dream to have a life like anyone else, to live independently, become an apprentice, and have a boyfriend and who - after much strategizing - manages to exceed even her own goals.

One of three female led films funded through the New Zealand Film Commission's 125 Fund celebrating the 125th anniversary (in 2018) of women's suffrage in New Zealand it also received support from NZonAir and TVNZ.

The film is based on a short story by writer/director Linda Niccol in her published collection "The Temperature of Water". POPPY had been ten years in development when the first offer of production financing was received. A nationwide search was undertaken to find a young woman with Down syndrome to play the leading role – eventually claimed by Libby Hunsdale from Whanganui, an 18 year old who identified closely with the character and who was, while not a trained actor, a natural performer. Libby identified with the role of Poppy and saw many parallels with her own life.

“What I love about Poppy is that she’s ambitious and wants a career. I do too. Poppy doesn’t care about what people think of her and the fact she has Down syndrome. I really relate to Poppy. We could be sisters.”

Libby’s performance and onscreen engagement with her fellow cast has been lauded in reviews for the New Zealand release. 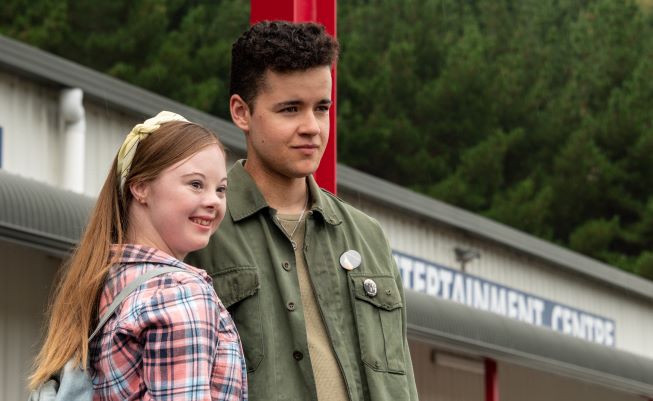 Libby Hunsdale as Poppy with Seb Hunter as Luke in POPPY

“Libby Hunsdale won me over from the very first shot, dancing in front of the mirror in a bridal veil. But she seemed capable of doing anything: car stunts, long emotional scenes, jokes – lots of jokes – and holding our attention for an hour and a half. POPPY is well worth chasing up”

“POPPY is a nuanced, vibrant and comedic tour-de-force and it’s easy to see why she charms most of those she comes into contact with”
James Croot - Stuff

Linda Niccol acknowledges that had her joyful tribute to a young woman with a disability who won’t take no for an answer been made 10 years ago, it would have been released into a much less accepting environment – now is the time for a film making the point that everyone has the right to fulfil their potential.

Individuals or organisations wanting to organise a private accessible screening should contact their local cinema who will advise on the days and sessions available, cinema capacity and cost, and will arrange to book the screening files from the film’s distributor. And of course, regional COVID regulations will apply.